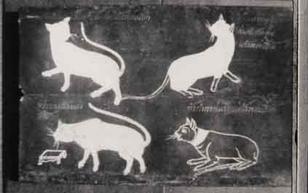 See our other Rare Thailand Breed: 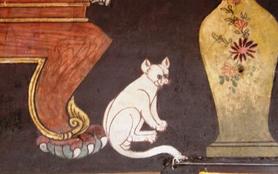 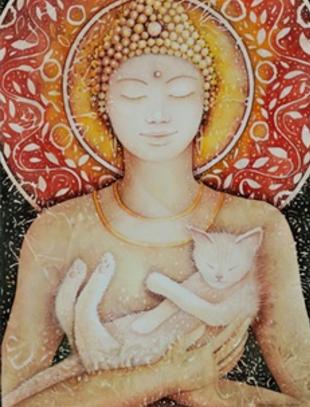 Background of the Khao Manee Breed

The Khao Manee is a "new" breed in North America and United Kingdom, but is not new to Thailand, its country of origin. The famous 'Tamra Maew' (Siamese Cat Poems) of Thailand are thought to have been created about 700 years ago, kept alive by oral tradition, and finally published perhaps 200 years ago. The poems described the "good cats" deemed worthy of breeding and preservation, such as the Wichien-maat (ancestors of today's Siamese and Thai), the Suphalak and Korat. The Siamese, Thai (also known as the old-style or applehead Siamese), Tonkinese, Burmese, and Korat are all widely  known throughout the modern world. The poems also described the khao-plort, which appears to have been a white cat with mercury colored eyes. (Presumably, "mercury-colored" eyes were light, grayish blue eyes.)  Some time in Thailand's history, perhaps during the 200 years after the poems were published, an updated version of the khao-plort came into favor. In native Thai, the Khaomanee means "white gem."  Khaomanees are indeed white, just like the khao-plort of the ancient poems, but the more rare Khaomanee has odd-colored eyes. One eye ideally will be blue and the other eye will be green or gold.  In practice, the nature of the genes involved keeps breeders from consistently producing cats with odd-colored eyes.  Many Khao Manees therefore may have two blue eyes, two green eyes, or two gold eyes. Like all cats native to Thailand, Khao Manees are short-haired, a little lighter in build than cats of western origin, and in personality they are lively, highly intelligent, communicative, and people loving!